Experience the true West - from the old days to modern times.

Since the early days of the early settlement that is now West Yellowstone, our very own Three Bear Lodge has borne witness to the growth and change within the community we have grown to love. In fact, some might say that the Three Bear Lodge — and the Seely family who have owned it since 1970 — have played an integral role in establishing West Yellowstone as an unmissable tourist destination that welcomes visitors from around the world to Yellowstone National Park with as much authenticity as it’s had since the beginning (plus a lot more history!).

The Life and Times of the Three Bear Lodge

If these old walls could talk, they’d have a lot to say. Many of the materials that were used to build the original lodge are still present in the buildings you see today.

1925
President Calvin Coolidge issues the first land patent for the site where the Three Bear Lodge and Motel currently stand.
1925
Calvin Coolidge visits Yellowstone
1932
The original Three Bear Lodge is built by Wally Bomier.
1942
The original rustic cabins catch fire. Bomier replaces them with a new main lodge office.
1944
Mike and Francis Wilson purchase the Three Bear Lodge for $25,800
1955
Three Bear Restaurant opens. Steaks, Prime Rib, and of course Apple Brown Betty dessert are favorites.
1958
Clyde Seely begins working as a laundry boy at Three Bear Lodge, beginning of his love of Yellowstone.
1970
Clyde & Linda Seely purchase Three Bear Lodge on Jan. 2, 1970. That afternoon the motel caught fire causing extensive damage.
1971
Clyde begins providing complete “Winter in Yellowstone” snowmobile packages. Prior to that time, most businesses boarded up their windows for the winter.
1984
Three Bear Restaurant is relocated. Clyde and many other employees cut, hauled and peeled hundreds of logs for both the interior and exterior.
2008
A propane explosion and flames engulf the back of the two story motel. The building is torn down but all of the good wood is salvaged for reconstruction.
2009
The new Three Bear Lodge opens for business. It's a living testament to its predecessor; its furnishings are built from materials reclaimed from the original lodge.
Previous
Next

About the Seely family legacy.

Clyde Seely grew up on a farm in St. Anthony, Idaho. As a kid, he’d hear the 5:30 am whistle of the train as it passed by each morning on its way north, and often he’d envision the excitement of the train’s passengers. The train was known as the Yellowstone Special, and it was headed seventy miles north toward West Yellowstone.

Many of the passengers of the Yellowstone Special were visiting the area for the first time, and Clyde was well aware that what awaited them there was a new adventure: Yellowstone National Park. What he didn’t know was that soon enough, he himself would spend his summers in West Yellowstone, helping Frances and Mike Wilson with odd jobs at the well-known Three Bear Lodge. Later still, he’d get a teaching degree and marry the love of his life, Linda Fischer. Some years after that, the two would find themselves back at the Three Bear as the temporary managers. What started as one summer turned into two, and eventually, the Seelys would become the proud owners of one of the most historical pieces of property in West Yellowstone.

Over the next fifty years, the Seelys would rebuild the lodge three times, purchase many other surrounding properties, and raise their family in West Yellowstone. They’d also continue to make significant investments in the town’s economy, growth, and development. But through it all, Clyde and Linda Seely never forgot the farm values they’d grown up with. They’re the same practical values that taught the necessity of reusing and recycling, the importance of hard work, and the impact of kindness among neighbors and within a community.

You can read more about the incredible story of the Three Bear Lodge, West Yellowstone, and the Seely family in Clyde Seely’s memoir, “Opportunity Knocked.”

Get to know Clyde

The Legacy of the White Shirt - getting Riches from Rags

Long before recycling was the in thing, I thought it was something people just did in order to survive. Take for instance, my dad’s white shirt. Farm life was hard, and there was not much money for store-bought things. Dad wore his white shirt to church every Sunday. When the collar began to get frayed, my mother would unstitch it from the shirt, turn it over, and sew it back on. It looked pretty good, but Mother washed it with her homemade laundry soap so often the shirt was no longer quite as white. After the collar was worn out again, Dad used it as a work shirt. No one cared if the collar looked worn. When the white shirt got stained or there were too many holes to be patched, Mother would cut off the buttons to reuse and cut the shirt into cleaning rags and smaller pieces for nose rags. When we needed to blow our nose, we would go to the top left-hand drawer of her old Singer sewing machine and get a white rag. After a good blow, it was taken to the cook stove where it contributed to the fuel supply. The final use of the white shirt became part of the ashes, a substitute for lye. My mom would then stir the ashes along with other ingredients in a big copper kettle over an open fire as she made her laundry soap so she could- you guessed it- wash Dad’s white shirt! 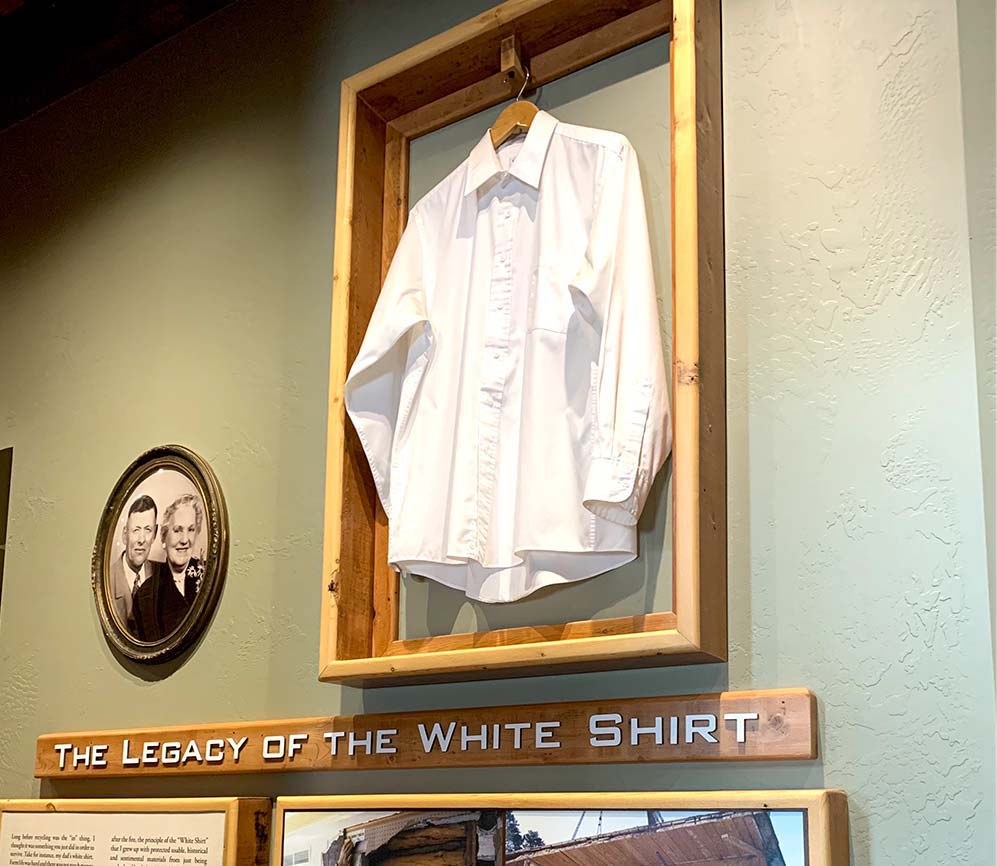 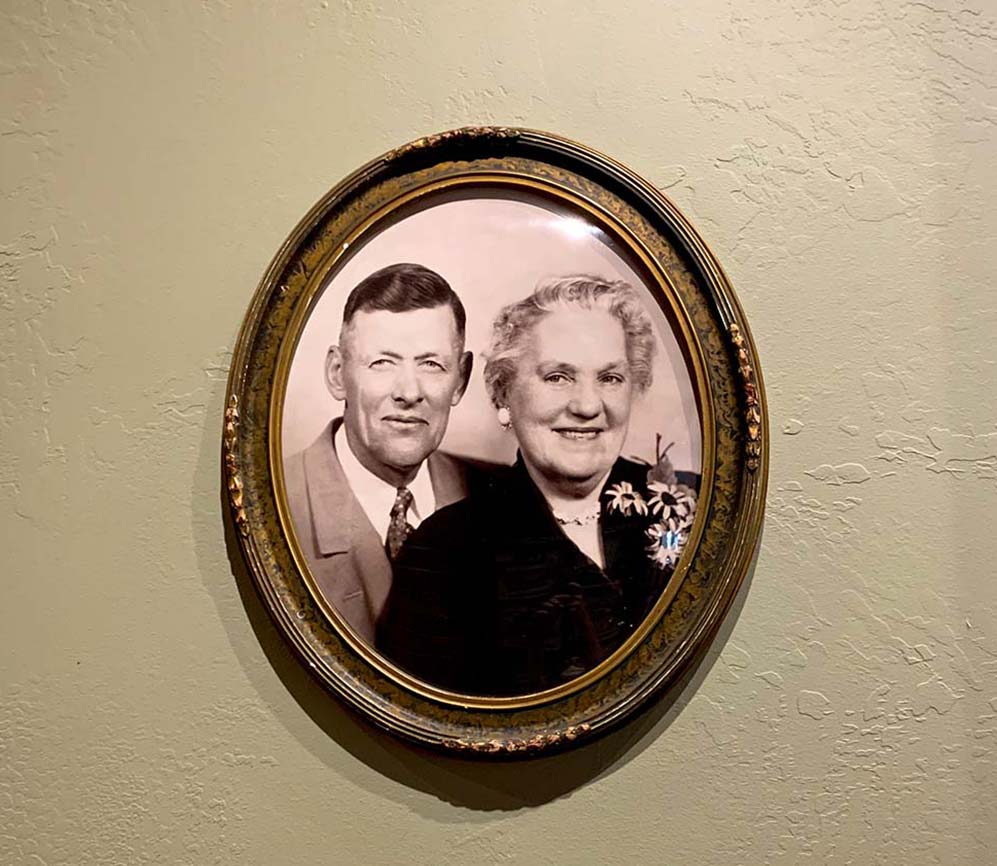 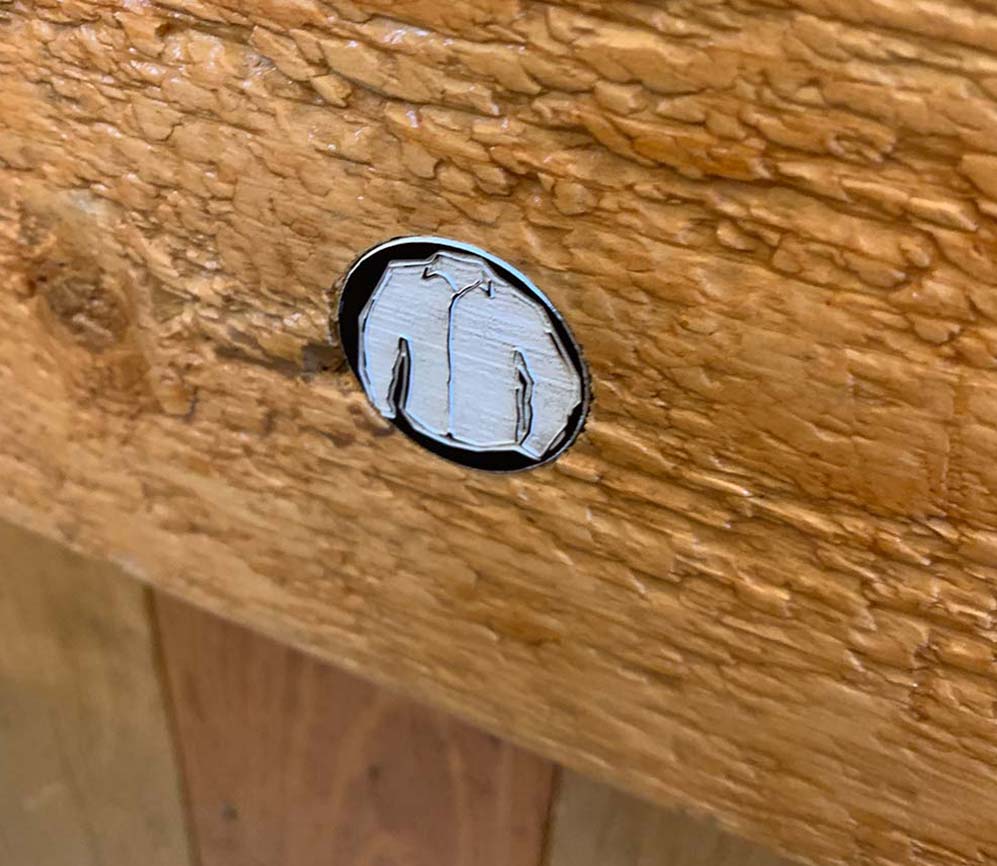 Stay in the Loop

Join our mailing list to be among the first to find out about our seasonal deals and special offers.

Sign up for our newsletter to receive periodic updates about Three Bear Lodge, West Yellowstone and the Park.